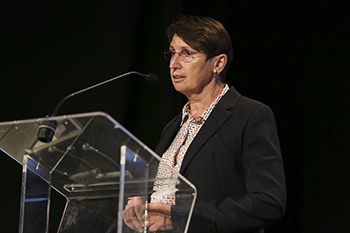 Microbiological quality and safety of the pharmacy preparations is to be insured by in-process controls (e.g. environmental monitoring), sterility tests and validation of the aseptic preparation process (e.g. media fills, viability tests of microorganisms). The validity of sterility tests of extemporaneously or in series/batch wise prepared RTA parenterals is constricted by the singularity of each preparation and time restraints. Definition of a batch, sampling plans and test methods are hardly to be transferred from the relevant monographs of the European Pharmacopoeia. In the case of patient individual preparations dummy solutions can be prepared simultaneously and tested for sterility. In the case of batch wise preparation a representative number of preparations can be sampled for sterility testing. According to the pharmacopoeia membrane filtration and direct transfer to an appropriate media are to be used as microbiological test methods. Suitability of the method has to be proven and incubation periods of 14 days are to be considered. Therefore alternative rapid microbiological methods like automated detection of CO2 in blood culture bottles are often used. This non-destructive method can be also used for microbiological stability tests. Corresponding to the antimicrobial effective tests of the pharmacopoeia, viability and growth of microorganisms in RTU preparations are investigated by adding a controlled inoculum of test organisms to a sample of a specified parenteral preparation. Results of these studies can be hardly transferred to similar parenteral preparations and cannot be used to define the in-use stability of preparations. However, the combined results of antimicrobial effectiveness tests, sterility tests, media fills, and environmental monitoring programs are useful for the validation of the preparation process in the individual pharmacy department and to define the expiration date of an individual preparation.