UV-PLS : an analytical method for control quality of morphine in a complex vehicle for oral liquid form 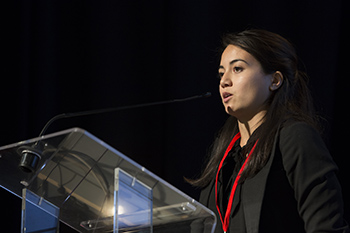 The pediatric preparation of morphine in Inorpha at 1mg/mL is assessed by using a stability-indicating HPLC-DAD reference method. An alternative method by using UV spectrophotometry has been considered in case of chromatography system failure. Inorpha® is a vehicle for oral liquid form composed of excipients able to absorb in the UV spectrum and to overlap with the morphine UV spectrum. Thus, the purpose of this study is to quantify morphine in Inorpha® with a direct multivariate UV spectrophotometric method by building a Partial Least Squares (PLS) regression model and to compare it to the HPLC method.

The calibration set was constructed according to a full factorial design with 2 factors, 3 levels and central point repeated 3 times. Thus, 12 mixtures with different grades of morphine and Inorpha® were prepared to build the model. Spectra data were recorded from 200 to 320 nm and analysed with ExcelStat software. A leave one out cross validation method was employed to optimize model parameters such the number of components h which is assessed by the (Q2cum)h : the more its value tends to 1, the more the model is descriptive. The prediction quality was evaluated by the %REP (relative error of prediction). The explicative variables were appreciated by the VIP (Variable Importance in Projection) > 0.8. The model was validated according to the SFSTPharma requirements and acceptation limits of the accuracy profile were set at ±10% (alpha 5%). A sample of morphine in Inorpha® at 1 mg/ml was quantified by HPLC and UV-PLS methods then expressed with recoveries (%).

The UV-PLS method have a total error in accordance with validation criteria and quantify the morphine in InOrpha® with a good accuracy. Although the UV spectrophotometric method is less specific than the chromatography method, coupled with an identification reaction of alkaloid, it can be considered as an alternative choice to control a batch of morphine in InOrpha®.