The Experience in Quebec: Four Years after the Publication of a Prevention Guide 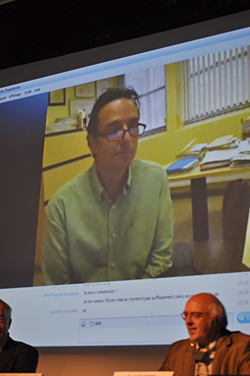 In addition to the publication of the NIOSH alert on hazardous drugs in 2004, the last decade in Quebec has seen the publication of a prevention guide on handling hazardous drugs by the Association paritaire pour la santé et la sécurité au travail du secteur affaires sociales (ASSTSAS) in 2008, a standard for compounded non-sterile drug preparations by the Quebec Order of Pharmacists in 2011 and a draft publication on compounded sterile drug preparations by the Quebec Order of Pharmacists (planned to come out before the end of 2012). The implementation of the Cyclophosphamide (CP), Ifosfamide (IF) and Methotrexate (MTX) Environmental Monitoring Program by the Institut national de santé publique du Québec (INSPQ) and Sainte-Justine’s Unité de recherche en pratique pharmaceutique (URPP) made it possible to conduct a number of studies. The aim of this review is to present the main findings of our work.

Impact of Publishing a Prevention Guide

In 2008, a prevention guide on the safe handling of hazardous drugs in 2008 was published by the Association pour la santé et la sécurité au travail du secteur des affaires sociales (http://www.asstsas.qc.ca/publications/publications-specialisees/guides-de-prevention/guide-de-prevention-manipulation-securitaire-des-medicaments-dangereux.html). Our research team was closely involved in writing the guide. It presents recommendations on working safely with hazardous drugs based on various steps in the medication chain and is intended mainly for workers in the healthcare sector.

A Quebec study (http://www.asstsas.qc.ca/documents/Publications/Repertoire%20de%20nos%20publications/Autres/questionnaire%20%C3%A9valuation%20r%C3%A9seau.pdf) on the hazardous drug circuit in healthcare facilities was carried out in 2006 (53 respondents) before the publication of the guide. In 2011, the study was repeated (33 respondents) in order to evaluate the impact of the publication of the guide. Thirty-three percent (33%) of the respondents (16/49) had completed a self-evaluation of compliance in the 2006 study vs. 77% (24/31) in the 2011 study. The proportion of respondents with guidelines and procedures increased significantly for four of the 24 items on the survey: receiving hazardous drugs, unpacking hazardous drugs, monitoring preparation room controls and pharmacy maintenance. The mean ± standard deviation of compliance with the proposed practices was 52 ± 30% in 2006 vs. of 69 ± 31% in 2011. A significant increase in compliance for 13 of the 38 proposed practices was noted.

Was there less surface contamination over time?

A multicenter study was conducted in 25 healthcare facilities across Quebec from 2008 to 2010. Six sampling sites in the Pharmacy Department (reception counters, storage shelves, hood grids, floors in front of the hood, validation counters, drug delivery trays) and six sampling sites in the care units (storage shelves, preparation/validation counters, chairs, patient room counters, outpatient clinic counters, surfaces of hazardous drug containers) were selected. The limits of detection (LODs) used were 0.0015 ng/cm2 for CP, 0.0012 ng/cm2 for IF and 0.006 ng/cm2 for MTX. A total of 259 samples were collected and 135 (52%) were CP positive, 53 (20%) IF positive and 7 (3%) MTX positive. None of the participating institutions used closed circuits for drug preparation or administration.

Between 2008-2010 and 2012, the 75th percentile of the CP concentration on surfaces decreased from 0.04 to 0.009 ng/cm2 in the pharmacy zones and from 0.03 to 0.01 ng/cm2 in the care units. The two studies highlight contamination rates comparable with what is reported in the literature and similar to those reported in certain studies conducted with closed transfer system devices.

Is it reasonable to think about centralizing tube purging?

Does the contamination issue occur in retail pharmacies?

In Quebec, hazardous drug tablets are handled by retail pharmacy staff and the treatments are prepared using pill counters. Surface samples were taken in 20 retail pharmacies using three sampling sites each (MTX-dedicated pill counters, MTX container exteriors, preparation counters) in 2012. Out of the 60 analyzed samples, none had any IF traces. Eleven (55%) of the dedicated pill counters, nine (45%) of the MTX container exteriors, and none (0%) of the preparation counters had any traces of MTX. Surface contamination was therefore not exclusive to healthcare facilities.

Are other monitoring measures being contemplated?

A urine monitoring protocol is now being developed and the study will begin in 2013.

There are traces of hazardous drugs in pharmaceutical and clinical settings in healthcare facilities and retail establishments. All pharmacists should be made aware of this issue and they have to play a part in reducing this type of contamination.

In order to make our research work more accessible, we have created a blog that presents the latest URPP publication findings: http://urppchusj.wordpress.com. Please feel free to follow our blog or subscribe to our Facebook page and Twitter account for the latest news about our work.