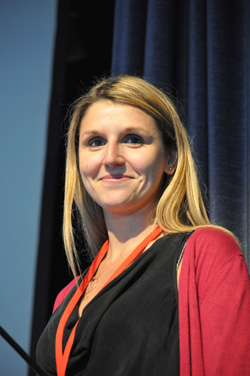 In a context of day hospital a cancer care centre, some chemotherapies can be delivered using disposable infusion devices (DP). Our administration constraints require a 6h period of stability. In this context and in order to improve patient comfort, a stability study of etoposide (VP16) solution was conducted. The objective was to insure that the stability of VP16 was sufficient for this purpose.

We studied the stability of VP16 in solution in 0.9% NaCl and D5W over 24 hours, in Intermate® DP at 3 different concentrations (100, 400 and 600 mg/L), stored at 25°C (TA) and 33°C. The methodology consisted in the monitoring of the active substance concentration’s evolution using high performance liquid chromatography combined to UV spectrophotometric detection. This method allowed monitoring the rise of possible degradation products. The solution was considered stable if the concentration does not differ +/- 5% from the initial concentration.

The study demonstrates a sufficient stability of VP16 in these conditions. Etoposide could be now administered in these devices for a pediatric use in day hospital context.