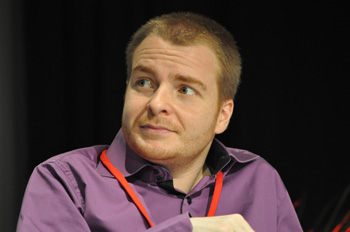 The World Health Organization predict a 50% increase of cases cancer until 2020, leading to about 15 millions of new cases each years at a global scale. The reason for this inescapable increase mainly resides in the populations aging, in both industrialized and Third World countries. However, the growth of smoking, as well as the unhealthy lifestyles, is also to blame. The chemotherapy is a cornerstone in the treatment against cancer. Nevertheless, we know that most of the cytotoxic drugs used during these therapies are potentially carcinogen for the ones who handle it.

Because gloves offer the first line of protection when handling cytotoxic drugs, material should be tested for resistance to the permeation of these drugs. Two methods of such evaluation include (1) the mutagenicity test15-19 and (2) the quantification of cytotoxic drugs based on standards for permeation testing such as European Standard EN 374-3(non-specific) [1] and ASTM International standards F739-99a (non-specific) [2] and D6978-05 (specific) [3].

Studies have found that permeation of cytotoxic agents into gloves could be related to glove material and thickness. These methods, however, involve static experimental models, which may not reflect the dynamic conditions to which gloves are exposed by health care personnel (e.g., stretching, rubbing).

Recently, by the mean of an home-made dynamic permeation method that more closely reflects the real-use conditions of medical gloves, we have investigated the permeability of four glove types – neoprene, natural rubber latex, nitrile, and vinyl – after exposure to 13 cytotoxic drugs (carmustin, cisplatin, cyclophosphamide, cytarabine, docétaxel, doxorubicin, etoposide, fluorouracil, ifosfamide, irinotecan, methotrexate, thiotepa, and vinorelbine) using sensitive and specific quantification technics for each drug. These particular conditions, consisted into simulated stretching and rubbing constraints at a temperature of 37°C (normal body temperature), with different times of exposure (15, 30 , and 60 min) and after a 15-minute pre-treatment with 70% alcohol. For 6 drugs, permeability was further evaluated at a temperature of 43 °C with different double-gloving combinations in order to assess the risk of health care worker exposure during the administration of hyperthermic intraperitoneal chemotherapy (HIPEC).

In a general way, the results of this study confirm that vinyl was the most permeable material (according to the European standard EN 374-3) and therefore must be avoid when handling cytotoxic drugs. Neoprene, natural rubber latex, and nitrile gloves displayed the highest resistance to permeation of the 13 cytotoxic agents studied. Additional factors, such as duration of exposure, glove thickness, and drug liposolubility and molecular weight, also affected permeability. The pre-treatment with alcohol did not increase the permeation rates by selected cytotoxic drugs.

Based on these considerations we have proposed some “good practice” rules when handling cytotoxic drugs.

Finally, if gloves are the first protection line against cytotoxics exposure, others tools have been developed in order to manage occupational exposure to these drugs. One of these is the work surface analysis which brings out the recurrent contamination zones and therefore allows the improvement of cytotoxic drugs handling during reconstitution phase but also in the care units.