Pumps for the aseptic preparation of cytotoxic chemotherapy syringes 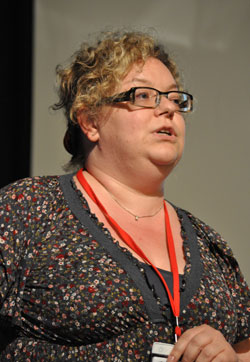 The cytotoxic preparation activity conducted within the Liège University Hospital has been constantly on the increase over the last few years with the number of units produced having risen by 50% since 2005. Considering analysis of the weekly distribution of activities and since the architectural arrangement of the site means we can only accommodate a single microbiological safety workbench II, we wished to implement an additional production method as an alternative to the conventional method. We opted for dose-banding targeting a few molecules with an automated production method. The content of the vials of cytotoxic drugs is sampled using a pump [1] and repackaged in syringes using an automated system [2].

In order to demonstrate that this production method is appropriate, we conducted comprehensive validation of the equipment:

Accuracy was verified by performing series of 100 fillings with a defined nominal volume in triplicate. Tolerance was set at ± 5% of the expected volume. These data were compared with the technician’s performances. Sealing was tried and tested using a fluorescent agent (Tinopal® CBS-X [3]) in aqueous solution. The content of the vials filled with fluorescent solution was sampled then packaged in syringes. At each stage, traces of solution leakage were sought by UV detection.

Aseptic filling tests allowed the setup integrity to be evaluated with respect to microbe contaminations. These tests were conducted with a TSB [4] medium in degraded mode (non-controlled atmosphere).

Before operational use with cytotoxic drugs, we tried and tested the syringe filling system ensuring that repeatability of operations on very large series did not negatively affect reliability.