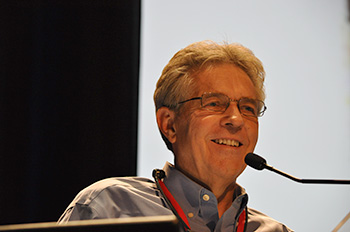 It is well known that many antineoplastic and other hazardous drugs have adverse reproductive effects in patients who are treated with them. The severity of the effect can depend on the drug, the dose, and the developmental stage of the fetus at exposure. Moreover, it has been hypothesized that many antineoplastic drugs actually target the developing fetus in the same way they target the rapidly proliferating cancer cells. Although most adverse effects in patients are seen with exposures in the first trimester of pregnancy, some drugs manifest their effects in the second or third trimesters. Effects have included : reduced fertility, miscarriages, congenital malformations, reduced birthweight, menstrual dysfunction, developmental impairment, and abnormal gestation age. In addition, many drugs are known to be present in breast milk. Due to the incomplete development of systems for biotransformation and elimination, the developing fetus and the neonatal infant are more sensitive to the toxic effects of chemicals than older children and adults. Healthcare workers may be exposed to low levels of many drugs during the course of their work with hazardous drugs. A systematic review of the literature has shown that exposures in healthcare workers have resulted in higher risks of congenital malformations and miscarriage and possibly other adverse outcomes. Although the studies published on reproductive effects only include data prior to the NIOSH Hazardous Drug Alert in 2004, exposure studies since 2004 have documented that workplaces are still contaminated with hazardous drugs, which commonly occur during any handling activity, despite use of current safety guidance. In addition, residual drug levels may have an adverse effect on the fetus and newborn infants who are breastfeeding. Several organizations in the U.S. have recommended that men and women who are actively trying to conceive, and women who are pregnant or breastfeeding have the option to seek alternative duty in order to protect the fetus or nursing infant from possible exposure to hazardous drugs.