Classification of Hazardous Drugs by NIOSH 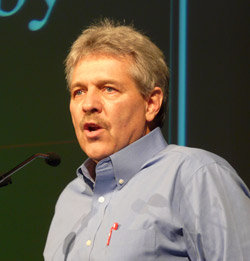 The NIOSH criteria include : carcinogenicity, teratogenicity, reproductive toxicity, genotoxicity, organ toxicity at low doses, and drugs that mimic existing drugs in structure or toxicity. While the majority of the hazardous drugs are cytotoxic antineoplastic drugs, drugs from other classes are included.

NIOSH evaluates each drug on an individual basis and does not group drugs into classes. NIOSH has developed an extensive review process in order to continuously update its list of hazardous drugs. Drugs to be evaluated include new Food and Drug Administration (FDA) approvals and existing drugs with new FDA warnings, usually black box warnings. 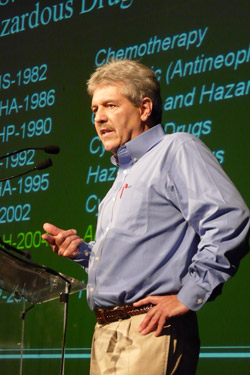 NIOSH reviews all new listings and makes recommendations about which drugs are potentially hazardous. In order to obtain as much input as possible, a preliminary list is published as a Federal Register Notice (FRN). Next, a panel of at least 10 external experts is convened to review the proposed additions. NIOSH again reviews the list and a second FRN is posted. Following the second round of public and stakeholder comments, NIOSH makes its final recommendations for addition to the list. Following final approval by the Office of the Director, the additions are posted on the NIOSH website. In the future, NIOSH will be updating the list on a regular basis.

Diapos-Classification of Hazardous Drugs by NIOSH