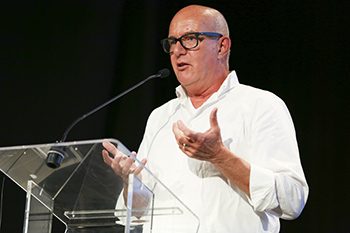 Taking wipe samples to check environmental contamination has become very popular in many hospitals around the globe. Analytical techniques have become available for many hospitals to do in house testing or ask external laboratories for analysis of the wipe samples. Over the years, more sophisticated and sensitive analytical techniques became available and lower levels of contamination could be measured. In the nineties, we detected levels of µg/cm2 but nowadays we can measure much lower levels of pg/cm2. Inherent to a lower detection limit is that the number of positive wipe samples will increase. This raises the question : how relevant is measuring contamination at pg/cm2 in terms of workers exposure and risks for adverse health effects ? Is there an adverse health effect to be expected if healthcare workers work in environment with contamination levels at a pg/cm2 level ? So, what is the risk ? These questions have resulted in a debate a few years about what is a safe level of environmental contamination. The outcome was that nowadays contamination levels < 0.1 ng/cm2 are considered as safe, and levels > 10 ng/cm2 are considered as unacceptable. Both values are used as reference values.