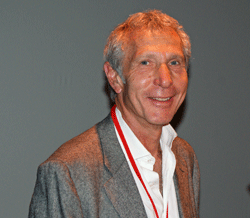 More often than not, the « classic » oral cytotoxics used in the treatment of solid tumours are new drug formulations of active principles that were initially and have continued for many years to be administered intravenously. The only recent cytotoxics developed for oral administration in the first instance are the pro-drugs of 5 fluorouracil (5-FU), capecitabine (Xéloda®), tegafur + uracil (UFT®) and temozolomide (Temodal®). For all these molecules, it is interesting to note that the publications mention only the problem of compliance with the treatment and not that of toxicity which is however a major problem for the initial and particularly vulnerable target population of elderly patients. Few studies have been devoted to that population in clinical research or in the development of new drugs despite the fact that the people aged over 70 will represent over 50% of cancer patients by the middle of the 21st century.

The approach in terms of toxicity is totally different for targeted therapies which are aimed at receptors of growth factors or their signalling pathways. Contrary to cytotoxic drugs which act on the cells in cycle, whether or not they are cancerous, targeted chemotherapies exert their action only on certain cellular types. It is interesting to note that despite this specificity of action which may lead to these targeted therapies to be considered devoid of toxicity, such is not the case. Imatinib, an inhibitor of the transduction signal by inhibition of the abl tyrosine kinases, a receptor of the platelet-derived growth factor (PDGFR) and c-kit, is in fact involved in numerous toxicities, such as hepatic toxicity with an increase of the transaminases and bilirubin, dermatological toxicity with the appearance of a cutaneous rash (22%) and oedema (60%). Phenomena of photosensitization without the presence of antinuclear antibodies are not rare and hardly surprising since the c-kit receptor plays a part in the melanogenesis and homeostasis of the melanocyte. Erlotinib, a small molecule targeting the tyrosine kinase activity of the intracellular domain of the EGFR, induces as previously secondary dermatological effects with an acneiform appearance but with a histology of infectious folliculitis. For sunitinib, a small molecule inhibiting the tyrosine kinases of several receptors (PDGFR, VEGFR), c-kit and Flt3, numerous side effects have been described, in particular frequent dermatological toxicities (30%) with a yellow colouring of the skin or depigmentation, haemorrhagic phenomena (epistaxis) and the appearance of hypertension (16%). Sorafenib, which has the same therapeutic targets as sunitinib with in addition the serine-threonines, has the same side effects plus the hand-foot syndrome. Lapatinib, a kinase inhibitor targeting for HER-1 and HER-2, presents, as all the previous small molecules, cutaneous rash type side effects in 30% of patients treated with the product in addition to a risk of diarrhoea.

Nevertheless, even if these side effects appear to be spectacular, their severity in terms of mortality or sequelae remains low. However, be careful of drug interactions – a point that can never be over-emphasised. The prior absorption of a gastric dressing, often not considered by patients as « medication », can considerably reduce the oral absorption of targeted oral therapies.