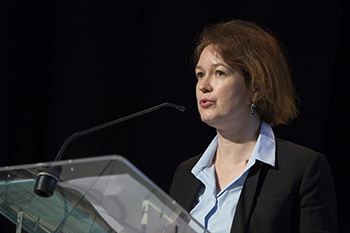 The total production of sterile chemotherapy (cytotoxic and other anticancer drugs) in “Ile-de-France” amounts to around 975 000 preparations / per year. Among the 105 hospitals using chemotherapy, only 72 have their own cytotoxic preparation unit (CPU). However, this production is very heterogeneously spread over the region: a third of it is concentrated in a few hospitals with very high volumes of activity. On the contrary, around 25% of hospitals with a CPU have a low production activity (less than 5000 preparations / per year) or with facilities not rehabilitated since the release of the good preparation practices (GPP) in 2007. In order to improve the quality and safety of anticancer preparations, the Ile-de-France Regional Health Agency (RHA) encourages hospitals to pool their production units as much as possible. An experiment was implemented to devise a methodological kit (guide, technical sheets, decision support tools and follow-up...) to help the health units in this process.

Following a call for applications published at the end of 2015, three pairs of hospitals (public and private) participated in this experiment and were accompanied by a consulting firm from January 2016. On the basis of operational feedback from the three binomials, of bibliographic researches and of the expertise of a working group associating hospitals using and producing chemotherapy, a methodological kit of assistance to subcontracting was developed and partly tested in several units.

Subcontracting was effective for two of the three pairs, the last pair (public / private partnership) having abandoned the project due to the cessation of chemotherapy activity in one of the sites.

The new methodological kit, scheduled to be published by the end of 2018, consists in :

With the renewal of authorizations in oncology, the deployment of territory hospital groups (THG) and the continuation of inspection visits in CPUs, these new tools are intended to be part of the regional strategy in terms of production of chemotherapy. A redefinition of the territorial grid is underway with either an incentive to pooling (low production, THG, non-compliance with the GPP), or to upgrade the production units (local, equipment...) and a reinforcement of the quality approach of perennial CPUs.