Standardization of pediatric parenteral nutrition (PPN): from formulation to implementation 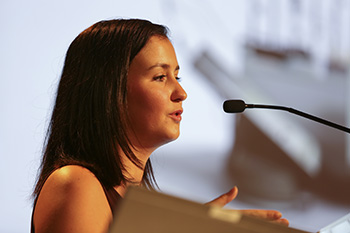 According to the report on Practice of PPN in hospitals from the French Government inspection office “Inspection Générale des Affaires Sociales (IGAS)” standardization of PPN allows an improvement of risk control. A feasibility study was realized in our level-3-maternity units.

A research of tailor-made standard formulas (SF) was performed by pediatricians referring to patient’s needs (very small body weights). A decision tree (DT), guiding the choice of the prescription between industrial PPN and SF, was achieved. A production’s dimensioning of standard PPN was made thanks to the retrospective use of DT over 6 months. A risk analysis of calcium-phosphate precipitation [1] was realized and final concentration of electrolytes (calcium, sodium, potassium) dextrose, 18 amino-acids, pH and osmolality was measured. An a priori impact assessment was realized over the PPN production cycle.

Two tailor-made SF was determined by physicians: F1 for the newborn child from 1 to 3 days and F2 for D0 and from D4. According to the use of the DT on 2118 prescriptions: 64% would have received tailor-made SF (24% of F1, 76% of F2) and 140 would have been produced by week (55 F1, 85 F2). The stability study did not show any modification of the parameter assessed. The impact assessment shows that batch production during 3 not-consecutive days (40 PPN on D1 and D3, 60 on D5) is the optimal organization of production because it takes into account quarantine days for batch release and beyond-to-use date. Establishment of several scenarios (for every stage of production) and identification of possible risk for each of these modifications allowed us to improve the in-process control.

The first results of feasibility were utmost satisfactory including a good acceptability of the concept of tailor-made SF by medical staff. The first technical and organizational tries are conclusive and encouraging for implementation in routine.