Provision of a tool to train in the use of Multispec 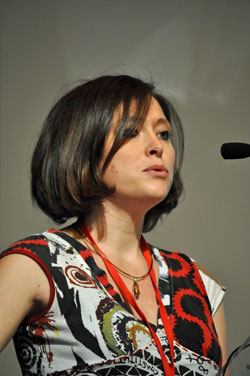 Given that more and more chemotherapy reconstitution units were getting equipped with the Multispec® (Microdom) spectrophotometer, we introduced a training module in the use of this automated system at Gerpac in 2009. We were widely called on to disseminate our document. However, we wanted first to have the relevance of this set of slides evaluated by ten other teams using Multispec. We took on board the suggested modifications. Today, we are proposing a means to disseminate the training medium that derived from that collaboration via a free website. The site is intended to bring together users of Multispec around two main themes: sharing our knowledge and problems encountered, thanks to exchanges over a forum, and facilitating our work practice by pooling useful documents thanks to use of a filesharing space. Access to data and documents on these spaces requires prior registration. Six months after it was created, 29 internet users have visited the site, 17 of them registered under the forum, including 10 coming from teams having taken part in evaluating the slides. It was also possible for authorised members to download the modifiable formats (Powerpoint) involved. The forum generated 9 discussions (making handlers safe during sampling, implementing release control, problems on certain molecules and background noise). The activity of the Multispec user group is only in its first stages and concerns a restricted field of application. However, many teams are acquiring Multispec equipment and we hope to bring together many other users, with different profiles and levels of expertise in order to make exchanges all the richer. While the Google® tool remains imperfect, it does nevertheless have the advantage of offering the tools we need free of charge and thus setting up this group in complete independence with no need for financing or registration fees.