Optimization of a secured pharmaceutical control of intravenous chemotherapy. Elaboration of a decision tree model for every new referencement. 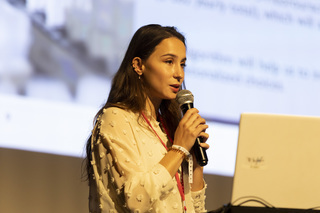 Introduction The intravenous chemotherapy production unit produces 45 000 annual preparations, from 90 active substances and 24 experimental drugs (ED). The final products are made in infusion bags, syringes and diffusers, and are made either for one patient (nominative formulation), or in advance (standardized, non-nominative formulation). According to the International Non-proprietary Name (INN) and the packaging, the pharmaceutical final product evaluation is done with a per-process control (Automatic Video Camera: Drugcam®or dual visual inspection: DVI) or post-process robotization (analytic controller) Within the framework of ISO 9001 V2015 certification, obtained by our unit in February 2020, the Plan of Action for 2021 consists of optimizing the secured control by reducing the DVI, considered unsafe (APHP Working Group of securization of the chemotherapy production). The aim of this work is to establish an inventory, to pick criterias allowing us to use a reliable control according to the formulation, starting from the referencement.

Methods Our annual production inventory was made in the year 2020 by INN and type of control, through an extraction of our software CHIMIO® . The current control/INN distribution (Microsoft Excel) was analyzed during meetings between production and control pharmacists, taking into consideration the advantages and limits of two safe techniques: Drugcam® (the only control adapted for syringes and ED) and two analytic controllers: QCRx® et Microdom®.

Results In 2020: 3946 formulations were released after a DVI control, which represents 11% of our annual production. The preparations concerned are ED (599 infusion bags and 241 syringes), 2282 standardized 5 FU diffusers, and formulations with complex preparation procedure (bag: blincyto, syringe: Vidaza). A new distribution allows us to substitute Drugcam® by QCRx® for some flat dose monoclonal antibodies (pembrolizumab and atézolizumab). Drugcam®, lightened by this transfer, can now handle 508 ED in bags and 241 syringes controls, reducing our DVI down to 9% of the annual production. Finally, certain criteria force us to maintain the unsafe DVI: pure active substance, very urgent or very expensive ( > 10 000€) chemotherapy, specific solvent …

Interpretation/Conclusion This work made us rationalize the use of a specific type of control and therefore reduce the risk of an unsafe pharmaceutical release by establishing a decisional algorithm. The rate of our secured pharmaceutical release grew from 89% to 91% (800 additional annual preparations). This algorithm will help us including every new reference in these optimized and rationalized choices. We are currently studying new a way to prepare and control all our 5 FU diffusers (robotization instead of DVI) which will reduce this DVI to 3% allowing a rate of secured pharmaceutical control of 94%.