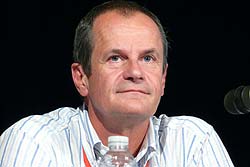 The market for anti-cancer, or cytotoxic, medicines is the third largest in the world, behind cardiovascular drugs and drugs for treating the central nervous system. The market is currently experiencing rapid growth, with a total value of 53 billion dollars in 2008 rising to an estimated 85 billion for 2010. In spite of such figures, the market is far from being mature. The effectiveness of cytotoxic drugs (which is often still limited), combined with the social impact of cancer, has led many pharmaceutical companies to consider this market as a source of significant revenue. To this must be added the fact that the time required to register new anti-cancer drugs is shorter than the time delays which apply in other sectors, allowing companies to gain time. 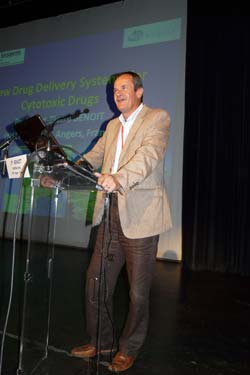 It is in this context that we have recently seen the arrival of numerous innovations in delivery systems for the administration of cytotoxic medicines. Drug formulators have designed new implants, microspheres, in situ gels etc... but the great majority of innovations have come from the field of nanotechnology, giving rise to what we now know as nanomedicine. These innovations aspire to various advantages over conventional delivery systems: greater comfort for the patient, improved adherence to the stipulated dose timing, reducing the chance of premature decomposition of the active ingredient, increasing the therapeutic efficiency of the drug by focusing either on the kinetic process of the release of the active ingredient or on the ingredient’s biodistribution, or indeed on both aspects at the same time.

Over thirty products created using nanotechnology are now available on the market. While the first applications of nanotechnology in medicine concentrated on the development of micellar structures, nowadays liposomes represent the major focus of nanomedicine in field of anti-cancer drugs: DaunoXome® was introduced in 1997 (NeXstar Pharmaceuticals, Inc.), followed by Myocet® (Elan Europe) and Doxil/Caelyx® (Johnson and Johnson Alza), etc… In 2005, the first therapeutic ‘nanoparticle’ suitable for intravenous administration was registered by the FDA, for use in the treatment of breast cancer.

Even more elaborate systems are currently under clinical trial, including drug-polymer combinations, dendrimers, carbon nanotubes etc. When the results of these trials are published, we should have a clearer idea of how far we have to go before we obtain an ideal vector for oncological purposes, one which can act very specifically on the target tissue.