How and why did we set up a Controlled Atmosphere Area of errors ? 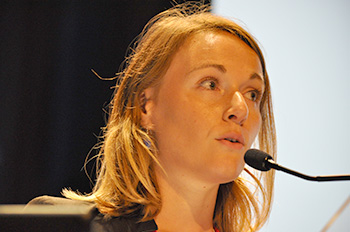 Simulation in healthcare spreads out in the medical community. We transposed the concept of «room of errors» to our own controlled atmosphere area (CAA) in order to assess regular users’ knowledge and ability to manage the risks posed by different sterile preparations.

Participants (pharmacists, students, pharmacy technicians) underwent two scenario for two days. During the first day, the simulation consisted in reproducing a preparation of cytotoxic drugs. During the second one, the CAA was adapted for the preparation of a fortified eye drop. Health professionals spent 20 minutes in the room and had to find and correct 37 errors, mistakes or problems. A personal debrief was performed after the simulation.

Day1: 14 participants, including 7 pharmacy technicians who are used to handle cytotoxic drugs. A mean of 9.4/18 errors had been found. The most detected errors were «no light-protecting bag» (93%) and «unidentified culture medium» (86%). Only a few participants detected the overdose of vincristine above 2 mg (36%) and the chemical incompatibility between drug and solvent (22%). Day2: a mean of 12.5/19 errors had been found by the 11 participants. The leader of the sterile preparations sector (except cytotoxic drugs) obtained the best result with 79% errors detected. Usual errors (sterile drape on the wrong side, overloaded airlock) were detected by more than 90% of the participants. Only 27% checked pressures before entering the CAA.

The personal debrief enabled each participant to review their own problems. The most important problem for some of them was a blindly trust in the software directives, which made them forget any errors. The conditions of storage of impregnated cotton swab were not acquired for others. The results depended on the participants’ profiles and their usual activity. For example, errors usually detected by pharmacy technicians who help manipulators were not detected by manipulators. Some unintentional errors had been reported. To conclude, this ludic tool was well accepted by all professionals and takes part in continuing professional development.