Formulation and stability of mRNA vaccines: the pharmacist’s point of view 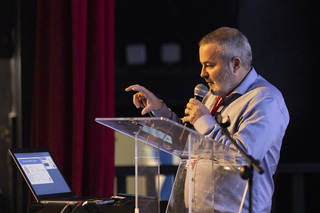 The covid-19 pandemic has shed light on mRNA vaccines. This technology is not new. In fact, mRNA vaccines have been proposed since 1993 (first in vivo demonstration of immunological response) in the field of influenza virus (Martinon et al,). Since then, many mRNA-vaccine candidates have been developed in oncology (especially for melanoma treatment) and infectious viral diseases. In this talk we will describe the technology used in mRNA vaccines (i.e design of specific mRNA and the nanoformulations used to deliver it safely to cells). In fact, lipid nanocapsules (LNCs) have been specifically designed to encapsulate sufficient amounts of mRNA and target it to host cells. LNCs have been described for more than 30 years and have initially been used to encapsulate anticancer drugs. The system is efficient if stable on shelf and within the body after injection. Stability data provided by the manufacturers of anti covid-19 vaccines are good if the formulation is kept at -20°C (Moderna) or -70°C (Pfizer). After unfreezing the stability is counted in days and after dilution in hours. We wanted to clarify if those durations could be improved. To do so we studied the stability of mRNA and its nanocarrier after dilution using different bio-analytical methods. The data presented here are just preliminary as our primary goal was to set up the methods to address this important question. This pioneer work can be seen as an example of methodology to monitor the stability of biopolymer/nanoencapsulate complexes as mRNA vaccines. We will discuss potential issues and critical points to address in stability testing of mRNA LNCs during this talk.