Formulation and follow-up of an encapsulated, freeze-dried form of fecal microbiota 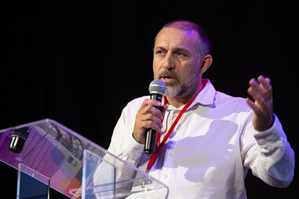 Fecal microbiota transplantation (FMT) consists of the administration of stool from a healthy donor to a recipient patient whose intestinal microbial flora is injured in order to rebalance it. The dysbiosis caused by antibiotic treatments present in infections with C. Difficile (recurrent in particular) has made this pathology an ideal candidate for FMT therapy. Many studies have since proved its effectiveness compared to antibiotic therapy and its use is now the subject of international recommendations. However, the FMT modalities in practice differ from one institution to another, particularly at the level of the route of administration: nasojejunal or nasogastric tube, colonoscopy or enema. Serious undesirable effects are rare and occur more by colonoscopy (perforation) than in the high way, where the minor adverse effects and discomfort felt by the patient predominate. No randomized study exists yet on the comparison of the different pathways. At the level of the dosage form: it is mainly an infusate of MF packaged in syringe or pocket, fresh or frozen. Frozen MF capsules are also used by some hospitals. Finally, the volumes of infusate administered vary from 200 to 500 ml even if large volumes are recommended, as well as a mass of faeces of about 50g. Today we can underline the high efficiency of the FMT either with the use of fresh or frozen stool or between stool from a related donor or a universal donor. Although promising, FMT therapy remains problematic for the patient’s tolerance to treatment irrespective of the route of entry and the significant mobilization of medical and pharmaceutical personnel. The future of the FMT consists of new indications other than C. Difficile infections but also new galenic forms that would allow a less invasive and less time-consuming treatment, an improvement in the preparation and preservation of the product and a decreased premedication. We present here the rational and manufacturing steps of an encapsulated and freeze-dried form of FM that could achieve such goals. In fact, freeze-drying, which consists in carrying out a step of sublimation of the majority of the water contained in the product, makes it possible to obtain products whose quality is preserved, by reducing the possibilities of an alteration reaction due to ’water. This study therefore describes a protocol for the formulation of an encapsulated and freeze-dried form of FM as well as the monitoring of certain predictive parameters of the efficacy and the conservation of the activity of the active ingredient over time. No conflict of interest related to the topic