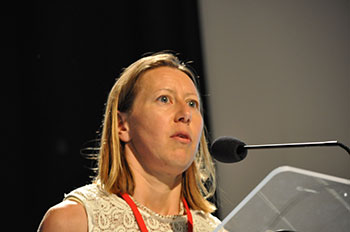 Etoposide exists in two forms : etoposide, and its salt, etoposide phosphate (ETOPOPHOS®). According to the Vidal® monograph, 100 mgs of etoposide are equivalent to 113.6 mgs of etoposide phosphate. This dose expression in 2 different ways generated a medication error at the General Hospital of Roubaix (GHR) at D2 and D3 of ETOPOPHOS® for a young child who had received his D1 in the Reference Center (RC), as part of a clinical trial.

This medication error, with no clinical consequence, was discussed between the 2 centers but no consensus has been found. To reduce the risk of confusion, the GHR’s pharmacists decided to add the words "in mgs of etoposide" after the ETOPOPHOS®’s dose on the preparations’ labels. The French National Health Service (ANSM) was informed by both centers of the problem. Will a national consensus be found about the expression’s dose of ETOPOPHOS® in an only unit ?