Determination of the microbiological stability of intrathecal chemotherapy 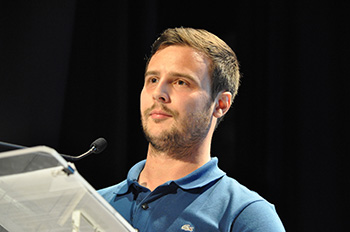 Treatments of haemotological malignancies often require intrathecal administration of chemotherapy.We tried to assess the microbological stability of our preparations, during a 96-hour period, to avoid reconstitution by the on-duty resident.

The tests were carried out in triplica to ensure reproducibility.

For the media, sterility and fertility tests were conclusive.

For the method applicability test:

The fertility test at day 0 and day 4 did not show any micro-organism growth.

The three tests assessing the experimental conditions showed that they were good. That allowed us to realise the product sterility test with optimal conditions.

Absence of micro-organism growth during the product sterility test proved that our preparations remain sterile during a 96-hour period.

We will be able to anticipate the preparation of intrathecal chemotherapy and so, improve the security of those high-risk products, in particular during on-duty time.