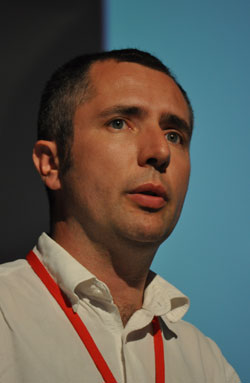 It is impossible to exhaustively cover the issue of Aseptic Process Simulationw (A.P.S.), Media Fill Testw (M.F.T.) or Aseptic Media-Fill Testw given the huge number of directives, recommendations, conference proceedings and articles in the specialised press. The present contribution therefore seeks to make a modest contribution in summarising the main expectations prevalent in the matter

Defining an Aseptic Media-Fill Test first of all involves verifying an aseptic process. This relates to a set of practices implemented by staff to bring together a number of previously sterilised components, including preparations or products and packaging items, while preventing the introduction of viable germs as there is no later stage whereby such contaminants can be removed or killed.

All these uncertainties associated with an aseptic process and its complexity mean that such a process is the most awkward of all to master, that it is not adopted as a first choice, that it leads to a greater number of batch recalls due to absence of sterility or risk thereof, that it therefore justifies some more specific approaches in terms of demonstrating control over sterility… whence Aseptic Media-Fill Tests, and whence also some people’s scepticism when it comes to talking about aseptic validation! Even though this aseptic filling process is conducted in an isolator with a lesser residual risk of contamination. Initially and etymologically, the Aseptic Media-Fill Test is associated with aseptic manufacturing, aseptic filling and their direct environment. The Aseptic Media-Fill Test then went on to play a new role that was not initially assigned to it in generating data around the process itself, especially upstream, where no other approach was available. It merely provides one element in demonstrating assurance of sterility and its procedures are too often subject to lengthy discussion with the inherent risk of losing sight of the initial objective.

"What’s the point of Simulating an Aseptic Process?” No-one would hazard to question the end goal of the test in so far as the tool has already established its record in highlighting failings in our aseptic procedures.

But the relation we develop with this test is quite special, sometimes even of an emotional attachment, leading us sometimes to overlook more specific tests that are perhaps somewhat les “spectacular”. Who among us has not waited almost feverishly for the end of the incubation period, like a student waiting for their exam results? Doesn’t the absence of contamination at the end of the test procure for us a feeling of satisfaction and a sense of having done one’s duty, even in the most experienced among us?

Beyond the fears it conjures up and its consequences if the result is not compliant, the Aseptic Media-Fill Test undeniably benefits from an unassailable aura among specialists of “aseptic validation”. By definition, it should simulate as closely as possible routine conditions or even "worst-case” production scenarios and thus take on the status of a form of global proof. But does it really ensure control over asepsis for our processes? Perhaps too much is expected of it given the extreme complexity of an aseptic process and control over it difficult to prove?

Wrongly considering an aseptic process to have been validated when this is not the case is a major risk. This contribution seeks to pose questions as to the assurance that a conforming Aseptic Media-Fill Test contributes as to the sterility of cytotoxics or preparations for parenteral feeding and the risk caused of “mirage or aseptic illusion”. It seeks to focus on a number of risks involved in inspection with the "mirage or aseptic illusion" phenomenon where in the final analysis the issue is not so much in being able to give a verdict on requalification of an aseptic process following the discovery of 1 or 2 contaminated units but rather the attitude to adopt when faced with 0 contaminated units!! The risk of "aseptic mirage" constitutes a real problem. Saying that contamination of an Aseptic Media-Fill Test provides “a great opportunity to bring one’s working methods into question" is a necessary reaction but also just a bit masochistic. However, that’s a reality: a compliant Aseptic Media-Fill Test is much less inductive to bringing aseptic practices into question!! In all events, can we in all decency expect a Aseptic Media-Fill Test to validate the entire aseptic process?