Application of wipe samples to assess practices and limit the risk of occupational exposure to hazardous drugs in two hospitals: from vial receipt to drug administration 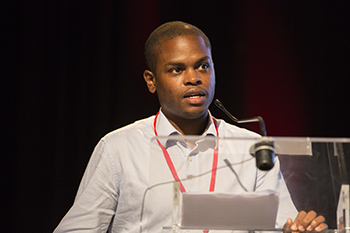 The aim of this study was to assess the risk of occupational exposure to hazardous drugs on the circuit of injectable chemotherapy using wipe samples and to compare the practices of two hospitals with a high compounding activity (83,000 preparations/year).

A total of 389 samples were analyzed and 46% (n=179) were positive. In the production units, the drugs vials were contaminated before (range = [non-quantifiable (NQ)-106] ng) and after cleaning procedure ([NQ-92] ng), especially when the flip-off was removed during cleaning. The contamination found on manual preparations is operator-dependent: [non-detectable (ND)-404] ng on infusion bag surfaces; [37-4,861] ng on injection sites. For automated preparations, the average contamination was higher on infusion bag surfaces ([279-4,239] ng) and lower on injection sites ([49-880] ng). Contamination of the analytical control area was also highlighted. In the daily care unit, the contamination was located near the infusion area (armchairs, infusion stands, floor, and patient toilets) with disparities between the two sites: contamination on the floor was respectively [0.46-27.32] compare to [ND-0.18] ng/cm2. We did not detect contamination on the door handles or in the disposal areas.

To evaluate the risk of exposure, critical areas were defined based on threshold values of contamination (Shierl et al., 2009). This study helped us to map the environmental contamination of our chemotherapy circuit. The variability of contamination observed between the two sites can be explained in part by the difference in routine practices, especially cleaning procedures. Compliance with recommendations, homogenization of the practices and the consolidation of decontamination measures decrease the risk of occupational exposure.