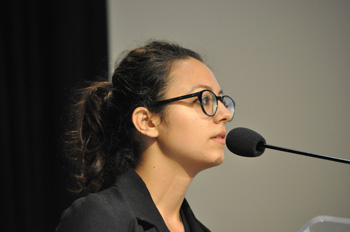 The production of parenteral nutrition preparation takes place in a controlled atmosphere area (CAA). According to the Good Practice of Preparation, each operator must be properly trained and qualified. At hospital Trousseau, teaching films have been made to provide a standardized training for the staff, insisting on the importance of maintaining aseptic conditions in CAA.

1/ Film-making: The film "Overview of the unit" introduces the characteristics of CAA and the work of each member of the staff. The film "Access to CAA" describes the dressing, the sterile gloving and a new procedure for surgical hand washing (SHW).

2/ Evaluation of the staff: The effect of the films on the staff knowledge was measured by comparing the percentage of correct answers to a questionnaire submitted to the staff before and after viewing the films. A questionnaire on the SHW has also been completed.

Results:(results are expressed in percentage of correct answers)

The low score obtained by residents before watching the film "Access to CAA" can be explained by the fact that they never entered the CAA. The before/after score difference is less important for other groups (staff members have already been working in the unit). However, an upgrade of the entire staff is observed for the two films. Furthermore, most of the new routine is assimilated after a single viewing of the SHW procedure.

These films will be used as theoretical training for newcomers, evaluated by questionnaire, before a practical training.