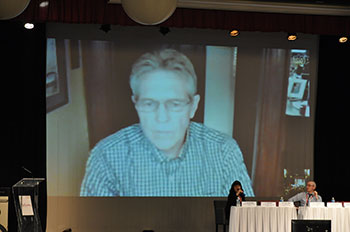 The National Institute for Occupational Safety and Health (NIOSH, USA) maintains a list of hazardous drugs that require special handling precautions. The original list was published with the NIOSH Alert on antineoplastic and other hazardous drugs in 2004. That list was a compilation of lists from five organizations. Starting in 2010, NIOSH has updated the list every two years based on the NIOSH criteria for a hazardous drug. NIOSH reviews all new FDA drug approvals and new warnings on existing drugs for a two-year period. Following a rigorous review process, NIOSH adds new drugs to the current list. In some case, drugs have been removed from the list because they did not meet the criteria used to identify a hazardous drug. In 2014, NIOSH is adding 27 new drugs to the list, five of which have recommendations from the manufacturer that they require special handling. Twelve drugs are being removed from the list, 11 from the 2004 list and one from the 2012 list. The 2014 list is divided into three groups of hazardous drugs : (1) Antineoplastic drugs ; (2) Non-antineoplastic hazardous drugs ; and (3) Drugs with primarily reproductive effects.