Management of a microbial contamination incident 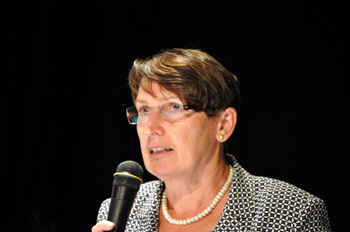 In the evening of Friday, August 20, 2010, eleven pediatric patients in three intensive care units of the University Medical Center (UMC) Mainz received parenteral nutrition (PN) admixtures prepared on the same afternoon in the hospital pharmacy department. The clinical condition deteriorated rapidly in three infants and they died within the following days. The patient-individual PN admixtures are produced on a daily basis under aseptic conditions in compliance with Good Preparation Practice. An admixture consisting of glucose solution, amino acid solution, electrolytes and water for injection (aqueous admixture) and a second admixture consisting of fat emulsion and vitamins is compounded. At the end of the preparation process, dummy admixtures in defined compositions are prepared. Aliquots of these are transferred to blood culture bottles and sent to the Department of Medical Microbiology and Hygiene of the UMC for automatic growth and bacteriological testing. These procedures were also performed on the relevant Friday afternoon. Bacterial growth was diagnosed in the samples derived from the aqueous admixtures during the night and reported to the pharmacy staff on Saturday morning. Infusion of all PN admixtures was immediately stopped and investigated for contamination. Bacterial growth was detected in all aqueous admixtures and in media that had been inoculated with the parent amino acid solution. Within three days, scientific evidence was obtained that excluded the possibility of contamination during the preparation procedure. The central strategy leading to resolution of the problem entailed quantification of two independent microbiological parameters, i.e. viable bacterial counts and endotoxin concentrations. Thereby it was obvious that the culprit amino acid solutions got contaminated most probably months before the PN admixtures were prepared. The source and the reason for the contamination remain unknown. However, the infusion bottle harbored a crack that may have offered a portal of entry for the microbes. To minimize such risks in the future safer secondary packaging and transportation practices are to be implemented.