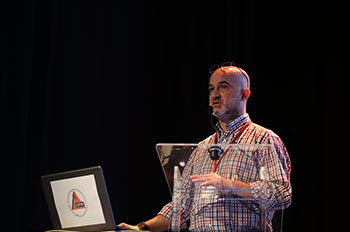 This regulation was transposed in French law by:

At last, it does not derogate from the fundamental principles of the Directive 2004/23/EC on setting standards of quality and safety for the donation, procurement, testing, processing, preservation, storage and distribution of human tissues and cells, but introduces additional requirements. Thus, Directive 2004/23 / EC applies to the donation, procurement and testing, tissue or cells to be used as starting material for the production of ATMP, but also for cell therapy preparations that are not medicinal products because they:

What effects on hospital pharmacy?

Different cases defining the level of the pharmaceutical support or not are possible depending on i) whether an ATMP or ATMP-pnrb, ii) that it is part of a marketing authorization or as part of a clinical trial, and iii) whether a gene therapy medicinal product or not. Cell therapy preparations, used mainly in the context of hematological for « bone marrow transplant » are not, to date, in the pharmaceutical field.

The different levels of pharmaceutical care in conditions and/or with more or less normal operations in hospital pharmacy are:

- The quality control that can be qualified for a part of analytical biology because using analytical techniques such as multiparameter flow cytometry, high-throughput sequencing, technical "omics" and analysis of massive data generated by these high-throughput techniques.

So, this new regulation and the ATMP bring new challenges for the scientific and medical world, in particular for hospital pharmacy. Indeed, the European Parliament creates them to consider in his first argument that: « New scientific progress in cellular and molecular biotechnology has led to the development of advanced therapies, such as gene therapy, somatic cell therapy, and tissue engineering. This nascent field of biomedicine offers new opportunities for the treatment of diseases and dysfunctions of the human body. » Then, the hospital pharmacy and the pharmacists have to keep up to imagine and to build a « biopharmacy » for go with, for complete and for support the huge hopes of this « biomedicine ».