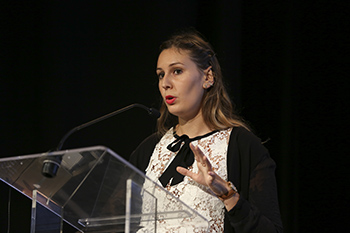 Production rationalization is a key point for both Anticancer Drugs Production Units (APU) in our institution. In fact, we have to improve both production flow and human resources management. Automatization may address this issue.

We realise a bentchmarking study. Four automated production systems (APS) were evaluated (PharmaHelp® (Fresenius), Kiro Oncolgy® (Grifols), ApotecaCHEMO® (Loccioni), IV Station Onco® (Omnicell)). After supplier questionning, a performance analysis was done and a performance score attributed to each APS. Modelisations of our production profiles were then done in 2 main conditions : routine weekly workflow and worst case (e.g. the busiest day). These modelisations were done according to 2 scenarios : for each APU and for a theoritical single one (in case of APUs fusion). Modelisations take into account both human resources reorganization and APS production capacities, according the evaluated APS models.

Regarding performance scores, PharmaHelp® et Kiro Oncolgy® were retained for modelisations. One hundred modelisations were done. For each scenario, efficiency was mediocre for both APS (using rates on average were 43% and 42 % of the maximal efficiency for Kiro Oncolgy® and PharmaHelp®, respectively, for both conditions). APS would mainly ensure anticipated production and increase it (around +5% on average). APS would also equilibrate production flow along the day (70% of the production in the morning without APS vs 60% with APS).

No productivity gain is obtained with APS, whatever the studied scenarios. A better anticipated ordering by physicians would be needed to optimize APS production capacities. Nevertheless, the workflow rebalancing between morning and afternoon is a notable gain. The main contribution of APS is safety improvement with automatized quality control, much more secure than human one. The financial impact of APS remains to be investigated.