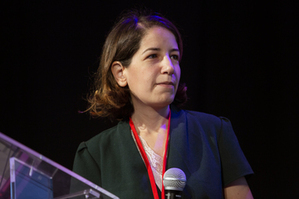 Aim In Tunisia, the oncology activity has particularly increase since few years. Currently,the centralization of cytotoxic preparation is not mandatory, despite a better access to anticancer treatment. Drugs are prepared in the care unit by tnurses according to a medical prescription. To secure the administration of chemotherapy, consideration was given to the development of centralized preparation unit in Tunisian university hospitals. In order to support these hospitals, a project was funded by the French ministry of health to assess risks associated to the current tunisian practices and define the needs to secure the activity. The aim of our work is to evaluate surfaces contamination by anticancer and compare the exposure of healthcare workers to cytotoxic between a Tunisian and a French center.

Material and methods In 2018, an investigation of environmental contamination by residues of cytotoxic platinum derived drugs has been carried out in the oncology department of the University Hospital of Sfax in Tunisia and the European Hospital Georges Pompidou in France. Based on environmental measurements, the potential risk of exposure was assessed using a risk analysis method (Lê et al. 2017). The risk of each failure mode is quantified by a Risk Priority Number (RPN) calculated from the gravity, the occurrence of exposure, the exposure and the possibility of avoidance before the failure occurs.

Discussion – Conclusion Our study showed a difference between residual contaminations by cytotoxic and risk exposure for healthcare workers between the two centers. This difference is mainly due to a difference in means and practices that increases the risk of exposure of the different actors. Despite a better accessibility to treatment, a lack of means to secure preparation and actors is important. Centralized unit and training of professionals should reduce this risk to an acceptable level, as the French experience has showed.