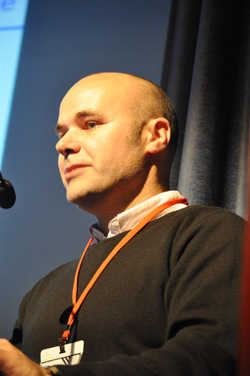 The whole surface of the isolator was swabbed by 20cm x 20cm section (work plan, transfer locks, shelves) after cleaning according a standardized and validated chemical decontamination protocol [1] (6 successive cleans by 8 sprays corresponding to 8 mL/1500cm2 of Klerclean® sprayed directly on the surface). Platinum, compounding of carboplatin, oxaliplatin and cisplatin, was used as a tracer and quantified according a validated method [2] (LD 2 ng platinum / sample).

During one month of use, 1000 antineoplastic drugs have been prepared including 20% of platinum drugs . After the chemical decontamination protocol, no detectable contamination (n = 57) was found in this isolator.

After the analytical validation of the absence of contamination inside the isolator, the transfer of the production to sterile non cytotoxic preparations has been performed. Although this is not opposable, the research for anticancer drug traces is a useful tool to control our units.