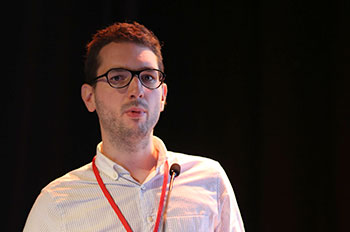 Midazolam (MDZ) and noradrenaline (NA) are drugs commonly used in intensive care units to control sedation and hemodynamic status of patients. They required a dilution step by the nurse several times a day. To decrease preparation risks, they could be compounded by the pharmacy, provided that stability is sufficient.

50mL cyclic olefin copolymer AT-Closed Vials® (Aseptic Technologies) and polypropylene syringes (Plastipak®, Becton Dickinson) were filled with MDZ or NA (Mylan) diluted in saline at respectively 1mg/mL and 0.2mg/mL. Study was performed according to the SFPC/GERPAC guidelines during 365 days at 2 temperature conditions: -20°C, 5°C. Concentrations were determined by an HPLC/UV stability indicating method, expressed as mean±standard deviation and considered stable if the concentration stayed over 90% of the initial concentration value. Particulate contamination, pH evolution and sterility were followed.

MDZ and NA are stable during 365 days at 5°C and -20°C. Storage at 5°C should be preferred to exclude freezing-thawing issues. AT-Closed Vial® could be chosen for their automated aseptic filling process and for logistic considerations particularly taking into account the space gains.