Securing the process of antineoplastic drug preparations: a multivariate analysis of manufacturing non-compliances 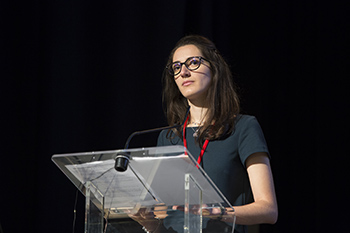 Medication errors are a major cause of harm and death in healthcare systems. Centralization of chemotherapy units has led to increase the production of antineoplastic drug preparations. Because of their consequences for patients, errors involving antineoplastic drugs remain very concerning. The aim of the study was to identify risk factors related to human errors in anticancer drugs preparations in order to improve our process by setting corrective actions.

The a posteriori quality control leads to reject some drug preparations. Confirmed errors or lack of traceability are considered as non-compliances. Several risk factors which could increase the probability of error were identified: daily workload, workload on the previous day and subcontractors’ workload each discretized in 4 quartiles, time of preparation discretized in 4 periods, understaffing, technical incidents affecting workflow, individual experience of pharmacy technicians and cleanrooms conformations (technicians working in the same room or in 2 separate rooms). Other factors such as drug reconstitution or complex fabrications were also considered as risk factors. We used univariate and multivariate logistic regression analyses to screen for correlation between risks and errors. Odds ratio, representing the probability to realize a conform preparation, were calculated with the Khi-2 or Fischer test. p<0.05 was considered significant and p<0.2 were included in the multivariate analysis. Data analyses were performed with R version 3.2.5.

Among the 11 278 preparations analyzed, 115 were non-compliant. The univariate analysis shows significant variables: individual experience of technicians (OR=0.4; p<0.001), technicians working in the same cleanrooms (OR =1.69; p<0.005) and technicians’ rotations (OR=1.6; p=0.047). Moreover, 2 technicians are significantly associated with a higher risk of error and 5 with a lower risk. There is a mild tendency for few criteria: more errors during the day-after a busiest day and during subcontractors’ high workload days and less errors during understaffing days. The multivariate analysis confirmed the conclusions of the univariate about the hour of technicians’ rotations (OR=1.59; p=0.05) and the cleanrooms conformation (OR=1.76; p<0.003).

As expected, time of manufacture, cleanrooms conformation and some technicians lead to increase the risk of error, and contrary to our hypothesis, technicians’ experience too. This single-center study highlighted several variables involving human error that we could act on. The three-month duration of data collection, the specific method of drug bag validation, and the lack of statistical power remain limit to the study. However, the study is a first approach to evaluate human error part in non-compliant preparations, in order to optimize security of antineoplastic drugs preparations.