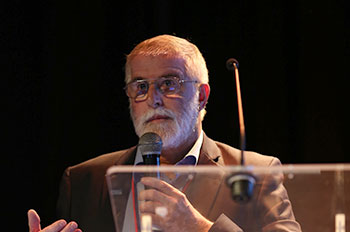 The new versions of the ISO cleanroom standards ISO 14644 parts 1 and 2 were published by ISO dated December 15 2015. The documents were then homologated in February 2016 by CEN and the European national standards organisations under prior agreement, for example in France, NF EN ISO 14644-1 Cleanrooms and associated controlled environments, Part 1: classification of air cleanliness by particle concentration, and NF EN ISO 14644 -2 ** Part 2: Monitoring to provide evidence of cleanroom performance related to air cleanliness by particle concentration. Under the Vienna agreement, these standards are ISO led, and so are generally referred to as the ISO 2015 cleanroom standards, but their status as CEN and national standards within Europe is what makes them the necessary reference for cleanroom and clean zone applications in France and in Europe, e.g. for public sector contracts but also as the technical basis for GXP regulations. The transition period of six months following the official publication of the new versions is now over: consequently users and suppliers must now use the new standards for their classification and monitoring operations in cleanrooms and enclosed volumes (MSC and isolators).

The new standards introduce a redistribution of content and scope compared to the earlier versions, taking account of both developments in real-life use and in the technical and regulatory context, and also the current broadened scope of the international cleanroom standards family.

Part 1 covers classification of air cleanliness by particle concentration. Classification is an operation to measure the compliance of a whole room or volume with a specified class (maximum allowed concentration of airborne particles at the specified size or sizes) and now uses a new statistical approach which is an adaptation of the hypergeometric law to establish at least 95% confidence that at least 90% of all possible sample points within the room will comply, i.e. the concentration at each point will be less than the maximum admissible concentration for each specified particle size. The sampling operation, which now enables checking compliance or non-compliance at each sample location, is based on a new sampling plan which is clearly described in the document, with a table for the number of points according to surface. An equation is supplied only to ensure maintaining the same sampling density for large surfaces (> 1000 m² ). Classification may be initial or renewed (on an annual basis or following works or a significant event affecting the installation). There is therefore no overlap with part 2, which now only deals with performance monitoring during use of the installation. ISO cleanroom classification of air cleanliness applies as before to a particle size range from 0.1 to 5.0 µm, and may be associated with an M indicator for large particles > 5.0 µm. Classification begins with prior verification of a certain number of other parameters indicating satisfactory functioning of the installation and its stability. ISO classification is a prerequisite for fixing limits for other attributes of a cleanroom such as chemical, microbiological or nanoparticle cleanliness, and the broader scope of the current ISO family now includes standards for control of various other attributes for the cleanliness of air and surfaces. However it is necessary to first establish the “traditional“ ISO class which will ensure the necessary discipline and coherence that are required also for control of other attributes. Use of this standard implies a greater degree of involvement of the user in establishing knowledge of the installation or equipment to be classified, and requires the user taking the lead in relation to outside organisations or measurement operators.

The new Part 2 is closer in structure to the EU GMP and PIC/S regulations (cf Annex 1 since 2008). It takes into account easier access to measurement and indication of parameters related to cleanroom air cleanliness (not only particle counts but also flow rate/airspeed, temperature, relative humidity…) offered by current technology, and gives both theoretical and practical guidance for observing and tracing these parameters at a number of sample points identified as critical for the process but also for cleanroom integrity. The sampling plan is designed through a risk assessment process - carried out initially but requiring closer definition and review during use, especially in terms of sampling point location and measurement frequency. Monitoring may be continuous or at a defined frequency and may be automatic or manual. The user must define alarm levels (e.g. alert and action levels) and qualify these in use. This process implies there shall be appropriate review of the data obtained and adjustment, which ushers in a greater degree of user involvement in the life-cycle of the installation and equipment, and traceability of justified decisions.