Modelling of the cost of preparation of injectable cytotoxics: application to 2 institutions 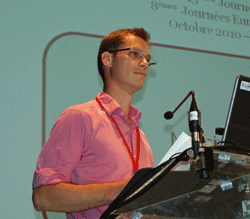 Efficiency and grouping plans for pharmaceutical activities require knowledge of the costs involved. As far as the preparation of cytotoxics is concerned, the rare data available vary depending on the methodology, hence the value of this work between the in-house pharmacies of Beaujon (PUI1) and of Argenteuil (PUI2). The 1st objective was to validate a standard cost calculation model for the preparation of cytotoxics (bags and syringes). The 2nd objective was to assess whether differences in practices and installation had any significant impact on the average cost.

Over a 4-month period, PUI1 and PUI2 analysed the costs and processes for the calculation of the exact cost of the preparations. Average lump sums for preparations (Fbag, Fsyringe) and reconstitution (R) were validated so as to obtain an equation for a standardised calculation, including both fixed and variable costs, for each in-house pharmacy:

Comparison of the standard preparation cost covered 775 preparations including 614 bags (PUI1) and 455 preparations including 260 bags (PUI2). The standard cost does not differ from the exact cost (p>0.05) irrespective of the institution. The mean cost without active principle of the bags and syringes is 29.29 € and 36.67 € for PUI1 with higher fixed costs (installation of the equipment in 2009, personnel and safety medical devices) compared to 34.25 € and 32.01 € for PUI2.

For the syringes the difference can be explained by the volume effect in production (13 306 compared to 6 153 in 2009) offsetting the fixed costs for PUI1, and for the syringes by the over cost in medical devices to ensure safety of administration (PUI1). This study offers an aid for decision-making to optimise productivity and/or compare offers of service from other institutions.