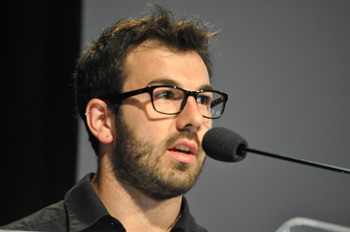 In CRU, the hygiene of hands is important for the control of exogenous contamination. To our knowledge, no repository defines the sampling conditions or thresholds of interpretation of these in CRU.

To observe the evolution of personnel hand’s microbiocontamination during the day to determine if particular sampling methods or interpretation should be employed.

The overall median is to 21.5 CFU (7 - 62.75). In terms of number of CFU, no significant difference was demonstrated whatever the time of sampling (p> 0.05). Qualitatively (conform / no conform, based on thresholds specific to establishment), the results are not significantly different (p> 0.05): M1 47% conform, M2 57%, M3 57%. Results by technician are heterogeneous but were not statistically compared.

The time of sampling of hands does not appear to affect the interpretation of results. The high rate of no conformity (53%) at entry in CAZ could be explained by a too short time between hand washing and friction with hydro-alcoholic gel. The main limitation of this study is the lack of standardization of sampling.