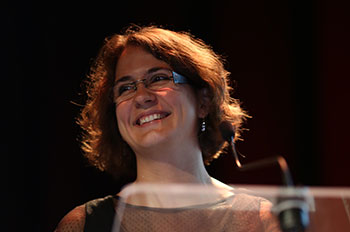 The pharmacy department of Rennes University Hospital ensures the preparation of 2000 pediatric oral suspensions per year. In 2015, the hospital changed his suspending agent in favor of Syrspend®. However, in some cases, a few incompatibilities of galenic such as agglomerates have been observed when pharmaceutical specialties were used.

The hypothesis of the excipient’s influence has been raised, thus a study concerning the impact of 4 excipients (lactose, cellulose, silica and starch) in the Syrspend® has been carried out. The aim was to confirm this assumption, in order to create a tool ensuring the feasibility of an oral suspension according to the specialty’s formulation used.

Three batches of each excipient at 1%, 5% and 10% have been prepared. This study has been conducted at different time intervals during 28 days. Several parameters have been measured, such as viscosity, pH, osmolality and macroscopic appearance. Data analysis has been realized and is based on statistical tests and comparisons with the Fagron laboratory results.

The results obtained confirm the stated hypothesis. Indeed, silica induces a significant gelling of the suspension from 1% concentration. The cellulose produced the same outcomes with concentrations of 5 and 10%. According to these results, the use of oral suspension will be avoided for these two excipients. As for lactose and starch, they do not modify the galenic of oral suspensions. A decision tree has been established in order to guide the pharmacist selecting the most appropriate oral form (capsules or oral suspensions) given the available specialties.

This study allowed us to develop a tool to evaluate the feasibility of more suspensions. However, as the quantities of excipients contained into specialties are rarely communicated by pharmaceutical companies, it is expected to lean on the literature. To go further, this work must be expanded with other excipients.