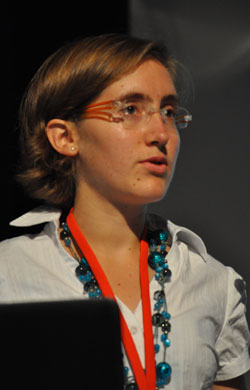 Due to their special status, radiopharmaceutical drugs must comply with legislation on sterile medications (Best Preparation Practices) and that for artificial radionuclides used for medical purposes (decision of 31 October 1981).

The section from Best Preparation Practices relating to the preparation of radiopharmaceutical drugs provides for improved supervision of this activity and especially for inspections of radiopharmacy premises and equipment. In order to establish a national review of such inspections, a survey was conducted on 93 sites between 31 January 2011 and 30 April 2011.

The results of this survey show clearly that physical inspections are made more regularly than microbiological inspections: 97% of institutions check pressures and the hourly rate of renewal of air in rooms or chambers while aerobiocontamination checks are performed in 76% of cases. Furthermore, the survey revealed major variations in the frequency of implementation of inspections, target values recommended and/or required and the setup for premises and equipment (30% of sites do not have an airlock to the preparation room and 40% of sites are equipped with chambers with no transfer airlock).

The presence of radiopharmacists within nuclear medicine services allowed for improved monitoring of the preparation rooms environment. Nevertheless, for some sites, it remains difficult to attain the target values required by applicable legislation due to the high cost of bringing premises and equipment into compliance, the reduced number of pharmaceutical specialists in the radiopharmacies and the presence of persons not trained in hygiene rules within the CAZ.

An improvement in practices is to be planned for in the years to come: a guide of recommendations has just been drawn up by the French Radiopharmacy Society in order to provide guidance to professionals in conducting such inspections and the decision of 30 October 1981 is now being revised by the Nuclear Safety Authority.