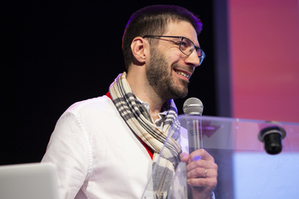 Method A solution containing 23 CAD (4 alkylating agents, 8 antimetabolites, 2 topo-I inhibitors, 6 topo-II inhibitors and 3 spindle poisons) was used. Contamination ranging between 2 and 20 ng/cm2 depending on the drug was spread on 100 cm2 stainless steel surfaces and then dried during a 1h-period under a laminar airflow hood and protected from light. Decontamination was performed using 10 x 10 cm wipes (TexwipeTM 3210, ITW Texwipe) moisten with 300 µL of solution. Four solutions were tested: S1 = KlercideTM (70% isopropanol); S2 = AnioxysprayTM (ethanol-hydrogen peroxide 91.6-50.0 mg/g); S3 = 10-2M sodium dodecyl sulfate/isopropanol 80/20 and S4 = 0.5% sodium hypochlorite. Two modalities were tested 6 times: single wipe motion from top to down or vigorous wiping. Experiments were conducted by a single operator under a class II biosafety cabinet. Residual contamination was measured with a validated LC-MS/MS method (Guichard, 2019). Solutions efficiency (in %) was computed as follows: EffQ = 1–(quantity after decontamination/quantity before decontamination), expressed as median (min–max) for the 23 CAD and 6 experiments. EffQ was compared between the 4 solutions by a Kruskall-Wallis test. Decontamination modalities were compared for each solution and by CAD with a Mann-Whitney test. Significance levels were 5%.

Discussion-Conclusion Efficiencies in removing contaminants depend on the solution used but also on the application modality. EffQ are higher with S3 and S4 after standard or vigorous application. Vigorous application increases significantly the efficiency for S3. Further studies in real-life are required to confirm these results.