Does the use of a closed system transfer device (DTSC) for administration with elastomeric pumps allow a safe disconnection? 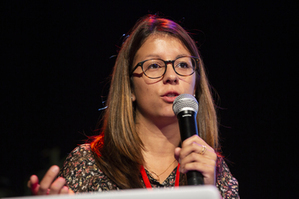 Introduction The administration of antineoplasic drugs represents a potential risk of chemical environmental contamination, especially when they are administered at home. All the guidelines concerning the protection of healthcare professionals recommend the use of DTSC. The objective of this study is to compare in vitro the potential chemical contamination during the disconnection of elastomeric pumps, with / without DTSC (Qimono® / Vygon laboratory).

Discussion Conclusion This is the first study to evaluate direct chemical contamination to which the manipulator is directly exposed. The results show that bidirectional valves do not significantly reduce contamination and therefore cannot be considered as DTSC. The evaluated DTSC significantly reduces global contamination. As there are currently not recommendations about the exposure threshold with a clinical impact, it is not possible to conclude about the impact of the residual chemical contamination. Furthermore, it should be noted, that the manipulation protocol of the study tended to maximize contamination (swabbing of connections). Finally, one other advantage of the Qimofemelle® connection is to be compatible with any male LL connection. This allows flushing and checking the blood reflux with a closed system in accordance with the central venous access guidelines.