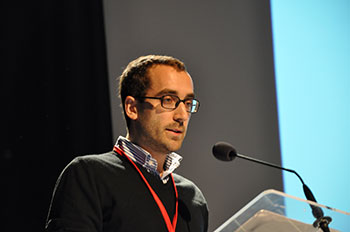 The minimal volume of analysis and the precision of 20mL and 50mL syringes being of 1mL, every preparation is overfill with 1mL of solvent which is be sampled after homogenization. The analysis is realized with an UV/RAMAN coupled spectrometer (QCPrep+®). The acceptance limit was set at +/-15 % of the target concentration.

The overfill ensures a sufficient volume for the analysis while respecting the final volume of the preparation, not modifying the habits of the nurses. There is no significant difference between the rates of conformities of low volumes preparations (syringe and IV-bag with volume <50 mL) and others IV-bags preparations (volume >50mL): 90.3% vs. 87.2% - p=0.22. Training of pharmacy technicians in sampling and homogenization procedures is essential to improve the conformity rates. However two limits persist: the fraction of the total dose used for the quality control remains high and in case of non-conformity it‘s impossible to realize a new sampling for a second control.