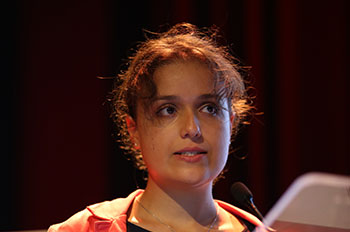 According to the 8th European Pharmacopoeia, "injectable solutions, examined under suitable visibility conditions must be clear and practically free of particles." A quality control by candling the preparations was set up by the Pharmaceutics sector.

Candling lamps were installed in the facilities where injectable magistral preparations for chemotherapy and batches for clinical trials are produced. Preparations are candled before release, and in case of non-compliance are written down in an Excel spreadsheet with the reason of refusal.

For magistral intravenous chemotherapy, the introduction of the candling lamp has multiplied by 2.6 the number of detected particles. Most of the particles were identified as filaments from compresses used during cleaning and handling. Nonwoven sterile compresses (viscose and polyester) have been replaced by 17 threads cotton gauze sterile compresses. Since the switch, the number of detected filaments was divided by 3.4 for chemotherapy and 5 for the batches of injectable vials for clinical trials.

80% of what we are now detecting are plastic particles from syringes. The provider has identified them as polypropylene particles and is now implementing corrective actions on its production line.

Candling lamps allowed us to detect previously undetected visible particles which resulted in a change of compresses for ones generating fewer particles. To improve our candling process, we have then acquired a candling table in accordance with the Pharmacopoeia. In addition, a detector of non-visible particles, not required by the Pharmacopoeia, will help further improve the quality of our injectable preparations.

The final quality control by systematic candling is not an illusion, it is a necessary step before releasing our preparations.