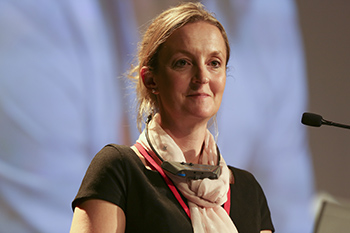 The project has involved a collaboration of all aseptic units across Wales with the aim of developing a set number of multi wrapped packs for use in a range of different processes.Some standard packs were already on use in Wales such as syringe packs, the aim was to further expand this and minimise the amount of individual items put through the traditional spray and wipe process.Once the packs had been developed timings and costs were compared versus the traditional spray and wipe process. Other factors were also taken into consideration such as initial bioburden rates, number of out of specification results and types of organisms found within the aseptic units.

A working group was set up between ABUHB and CTUHB with input from other Health Boards.Using a standard proforma the processes were reviewed for each type of product prepared. This looked at the number of manipulations and usage of ampoules in line with the MHRA Q and A’s 2015. Once standardised methods for each process had been established consumables were mapped onto these processes. At this stage those consumables which were available multi wrapped were tried and tested and only those considered for mapping. Following the mapping and rationalisation of the consumables packs were developed to cover the different processes. Consumables which were not available for multi wrapping were highlighted as future development work. The packs were then tested in several units within Wales and data collected on timings and costs compared with the traditional spray and wipe process.

After rationalisation of the processes and consumables used 3 bespoke packs and 4 standard packs have been developed to cover 85% of processes.Data collected so far has shown a significant time saving in comparison to the spray and wipe process. Data collected on costs has shown a minimal increase in cost when compared to the increased cost observed with the introduction of a sporicidal agent.

The use of pre sterilised multi wrapped packs for transfer can reduce the time taken for the transfer process and give greater sterility assurance to the transfer process when compared to spray and wipe processes. It is also associated with minimal cost increase. The project has also brought other benefits such as rationalising the consumables used and reviewing process design as recommended by the MHRA Q and As 2015. The project has highlighted future developments such as multi wrapped filters, sterile gloves and placing the packs in trays ready for transfer.